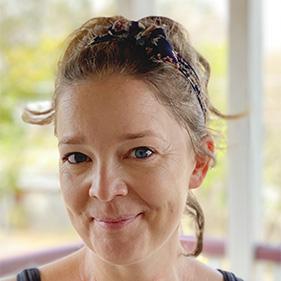 au
Katrin Dreiling
Katrin Dreiling is a language teacher from Germany who moved to Australia with her husband and three children and became an illustrator.

She creates quirky illustrations that feature different kinds of media. Her first picture book, The World’s Worst Pirate by Michelle Worthington, was named a Notable Book 2018 by the Children’s Book Council of Australia. She also won the Harper Collins Illustrators Showcase Award 2019, and has even delivered illustrations for a highly successful video animation production on YouTube.

On top of that, Katrin teaches art to children twice a week and conducts illustration workshops for both adults and children. When she’s free, she loves to spend time with her family, write quirky stories and walk her golden retriever, Loki.